Thomas Kepka on Why Communication Is Essential in a Changing Company 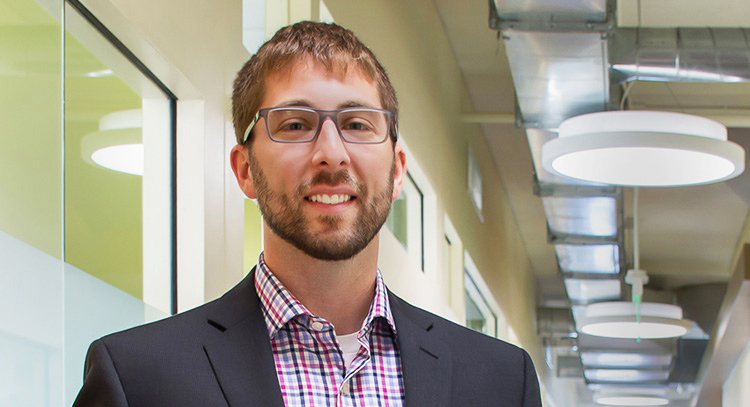 Who are you and what do you do?

My name is Thomas Kepka, and I'm the Director of Marketing for U.S. Engineering Company Holdings. Generally speaking, my group is in charge of the communications side of things. We manage the website, social media, and we do internal communications. Lately, we’ve been working a lot with Human Resources and our executives to come up with the right way to communicate to our team members.

We’re trying to figure out the best way to take the information that we've got and package it in a way that's going to get people to move and inspire them to action.

What are some of the messages you’re trying to get out there?

It really depends on the context because we have several audiences. As we work with our recruiters, we want to express that we’re an innovative company that is great to work for and that has a lot of opportunities. We're evolving, which is interesting, considering we just celebrated our 125th anniversary. We have a huge tradition that we really want to embrace, but we also want to move to the future and embrace that.

As we look at our customers, we are letting them know we are their trusted advisor. We demonstrate how making different decisions on systems can make one cost go down but actually make another cost go up. Armed with this knowledge, owners can make better investments. If a hospital can hire more nurses or a school can purchase better educational tools because they have freed up operating budget, we have succeeded. We strive to help our partners achieve their missions, and reducing the cost of owning and operating facilities is our direct path to doing that.

Our CEO, Tyler Nottberg, along with the entire leadership team, is really pushing the company forward in new and innovative ways. We are changing the culture of the company. Like a lot of construction companies, we used to be a company that kind of did things the old-school way, but in the 1990s, we introduced a new way to do strategic planning for us. And from there, it's gotten better and better. Twenty years ago, I don’t think the people in that strategic planning knew exactly how this would unfold, but it set the stage for an exciting transition. It’s a never-ending process, and it continues to evolve, but the possibilities with our view of the future are energizing.

Has communications been a key part of changing strategy and culture?

Definitely. The worst thing that can happen is if a company decides it's going to make a number of changes, but doesn't communicate them with its people. At a 125-year-old company like ours that has been doing things a certain way for so long, making big changes can create questions for people.

If people aren't told a story, they make up their own. And there's nothing wrong with that! That's just the way people are wired naturally. I do that, and you do that. People need answers—a story—and if they don’t have one, they make one up. And oftentimes that story isn't the one it could be or should be. So it’s incumbent on us to provide the correct story or manage the risk of allowing people to make up their own.

Can you share any examples of when you got to tell a more positive story?

Our team was able to create a pretty simple infographic that really explained it, and it put everybody at ease. They quickly understood what the change was, and that it wasn't going to be a bad thing. That’s just one example of how the way you communicate can have a big impact.

How has your work influenced the external face of your company?

We work with a lot of technical people who sometimes think that the more information they can give out, the better. For example, there was a particular project we were pursuing for a long time. We had given the client binders of information. And then the lead engineer got the information down to a little bit smaller proposal. Finally, our team put together this really simple, graphic-focused presentation that took just a couple of minutes to show. And the client pulled the trigger that day. Right after that meeting the lead engineer said, “Oh, I get it!”

Not only did the presentation help us get that contract, but it helped that particular teammate of ours to understand a better way to communicate going forward. So it had that collateral benefit.

Hire us: exceptional websites and a better project experience.